A bit more than three weeks since we left Switzerland and what amazing weeks it has been. The only thing short of has been wifi, so therefore that is why we will wrap up the whole tour of the wonderful country of Namibia in this post.

Namibia experiences quite a boom of tourists these years and this is for a good reason. It has a lot to offer for guests visiting and especially the wildlife, the nature and the culture in this relatively young (Namibia became independent in 1990), fragile nation took us by positive surprise.

We have traveled from East to West, South to North and have now 5,500 kilometer behind us, mainly (90%) on gravel road. Most of the nights were spent in campsites and just a few in lodges. This is highly recommendable, as Namibia is clustered with well equipped and well located campsites and camping is a way to get in sync with the nature and wildlife.

True, it takes a few days to get used to the fact that no doors can be locked to the toilet and that quite a few of them come with a view. A view from inside out, but then also from outside in ;-)

One of the wonders of Namibia is truly the nature. It is difficult to select highlights, because there are so many, but here comes our five top ones :

Climbing the dunes of Sossusvlei to see the sunrise from the top. Tough job to conquer the 150 meters elevation in the sand on the way up, but full reward when enjoying the view and then descent, running down/sliding the dune the direct way to the bottom, almost as we would have done on snow.

Walking along the riverbed of the Kunene river, which marks the border between Angola and Namibia. Our aim was to spot crocodiles, so we had to trust the guide in knowing what to do and where to walk. We didn’t succeed, but just knowing that we were stepping on their feet made the adrenalin pump up our bodies.

Camping in the isolated area around Spitzkoppe, where beautiful red rocks, monoliths and arches dominate the landscape. Nature in its purest state.

Overlooking the amazing Fish River Canyon, which forms the second largest canyon in the world. 160km in length, up to 27km in width and around 550m deep.

Canoeing down the Orange River, watching the beautiful landscape and plenty of bird species unfolding their lives there.

One cannot describe Namibia without mentioning the amazing wildlife around.

We have had amazing moments with lions, cheetahs, elephants, zebras (both mountain and savannah versions), giraffes, wildebeests, springboks, hartebeests, oryx, kudus, impalas, ostriches, snakes, chacals, monkeys, meerkats etc. And with so many colourful birds around, making it difficult to count and mention all but a few like the hornbills (we spotted both the yellow- and the redbilled specie), flamingos and the big Marabou stork).

One place that is especially good is the Etosha National Park, where you can literally park your car at a waterhole (there are many of them) and then just wait for the animals to come by from time to time to drink. This exciting feeling of what will be the next animal coming by is difficult to describe.

We had the pleasure to get an insight in the different ethnic groups and cultures in Namibia.

We visited an Owambo family (the Owambo tribe makes it up for 50% of the population) and learned about their daily life, what and how they cook and bake etc.

And we visited minority tribes like Herero and Himba with their very traditional and somewhat ancient lifestyle. A highlight was to bring a football and balloons to the children to the children in the Himba village and see it turned into happy playful moments for children and young adults. We also brought some basic gifts for their households, like corn flour, oil and salt. This was highly appreciated and is a good way to contribute to their life without spoiling it too much with ‘western’ civilization.

Even though Namibia seems to have a well functioning democracy and a free press, they are also facing problems. The inequality (rich-poor) gap is still getting bigger. Namibia is in fact the third most unequal country in the world.

Education is one of the ways to narrow this gap. But as Namibia is very big and a good portion of the population lives in very rural areas, this is not an easy task. Add to that a reality where especially girls are dropping out of school due to early pregnancy (130 teenagers gets pregnant every day), long distance to school (many pupils live 5-10km or more from school and the only way get there is to walk) and lack of qualified teachers.

We could read in the newspapers about problems with corruption, nepotism and crime. The unemployment rate is very high, almost 50% and for the young people even higher. This again leads to alcohol and drug abuse, violence against women etc.

There is no minimum wage system, so some workers gets down to 5 Namibian dollars per hour, which is around 0.40 Euro. And the workers seem to have no rights and protection, when it comes to unemployment etc.

So Namibia – with all its beauty and welcoming atmosphere – is also a country with a lot of challenges. It needs investors with a truly good heart for developing the conditions for the Namibians. The foreign investors, like the Chinese, have a pretty bad reputation.

But we also met good ones, like a French guy running a campsite and other businesses in northern Namibia and at the same time taking responsibility and initiatives for the local communities, like building schools, taking very good care of his staff etc. If you should ever come to the area of Ruacana, please stop by Okapika Camp and meet Bruno Geulen.

Wrapping it up, we could not have chosen a better place to start our big travel. Namibia is highly recommended and we cross our fingers for the country’s development. We would love to come back again. 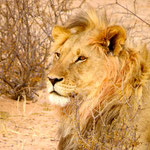 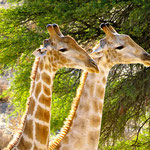 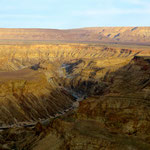 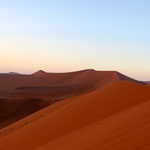 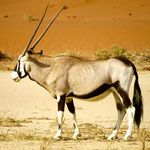 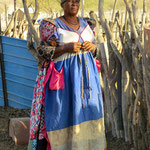 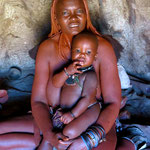 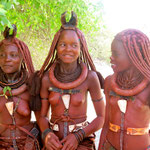 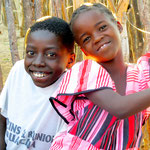 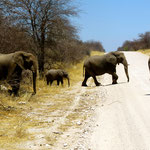 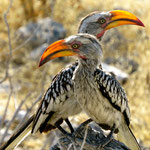 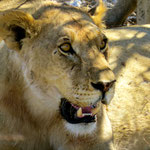